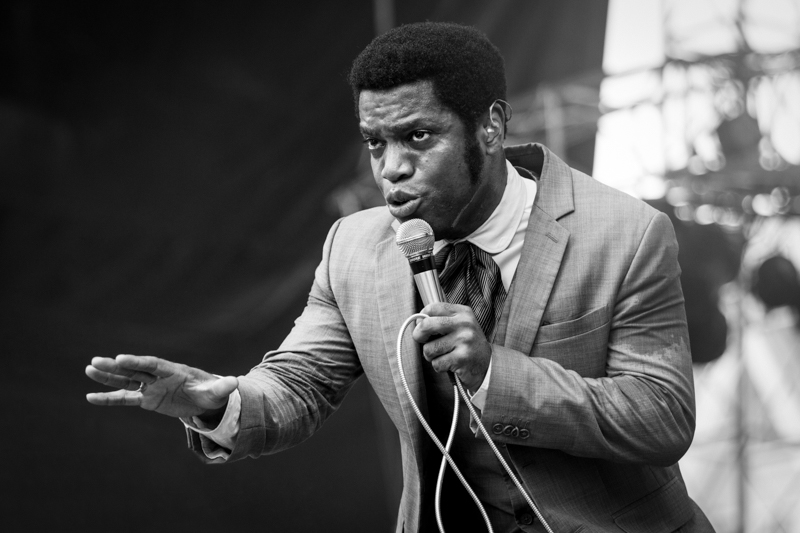 Vintage trouble in general has a nostalgia feel not only in their music but also in their looks. But while that might be true of the band in general, it’s striking about singer Ty Taylor, a living blend of James Brown and Junior Wells with the energy to live to that legacy. I shot this ages ago, but it went bizarrely unpublished until now. 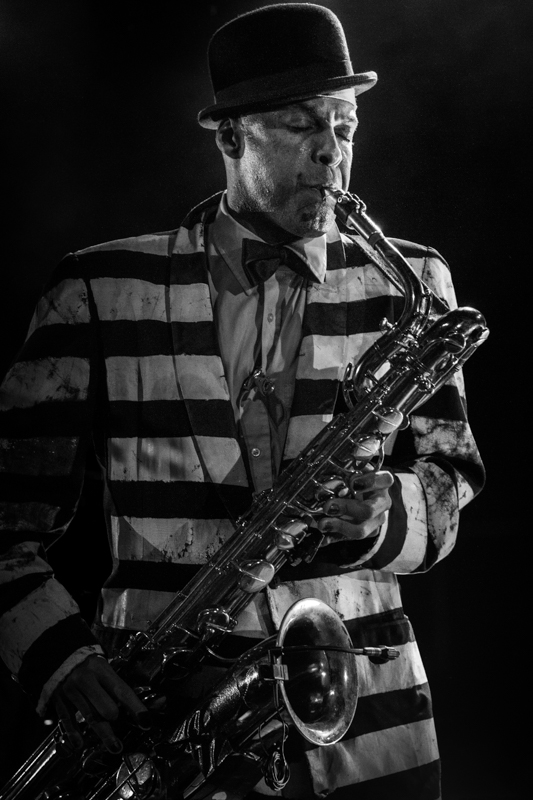 Angelo Moore is one of the most spectacular musicians I have ever seen live (here with the Madd Vibes Brass Band). That evening he played no less than 5 different saxophones (including the bass sax.) 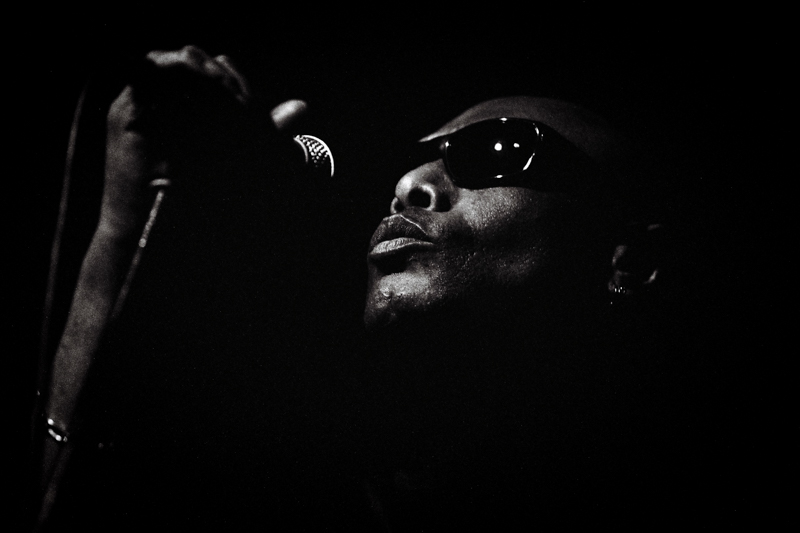 I have not had much success shooting concerts with film. It’s given me a healthy dose of respect for all those jazz and rock photographers of the pre-digital era. Occasionally though a few shots came through, and this one is one of those. There is something of that old jazz photography in there that really speaks to me even though most of the shot is completely in the dark. 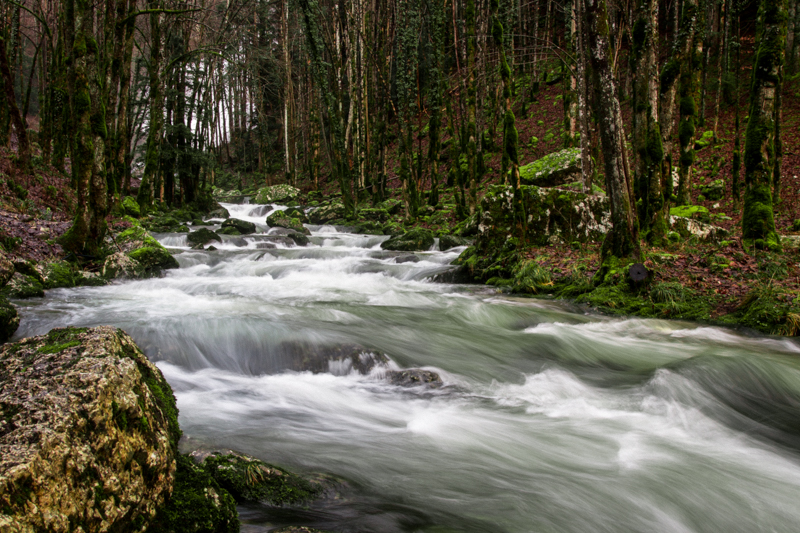 Recently, while discussing potential prints of flowing water with a client, I realised that I had never posted this photo on my blog. This was shot in the Jura mountains, and I love the near painting quality it has. It was during this session I realised that with rushing water I didn’t need long exposure times to get the amount of motion blur in the water that I like. I used a variant edit of this shot to illustrate my Long Exposure Tutorial.

I first used Agfa Precisa slide film this summer and I was stunned by the quality of the colours. In preparation for Vietnam this winter I purchased 10 rolls and brought about half as many with me. In the end, due to weather constraints, I could only use one of them. I was stunned again and how gorgeous the colors were, and this sunset particularly stood out. It’s very classic in feel, but the slow fade to black on the right is just magical (I think). I strongly recommend you enlarge this one to really catch the glory of it. 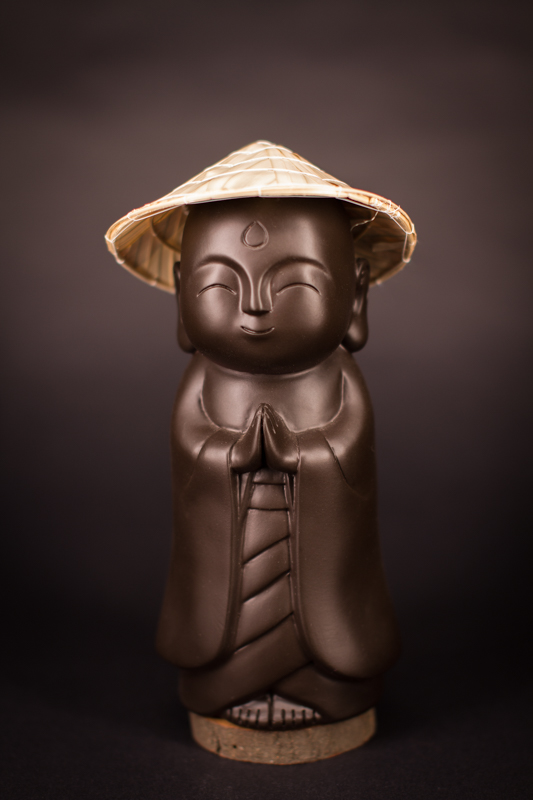 Late last year I volonteered to do a series of Chinese fruit and vegetable photographies for a charity cookbook that should be released this year. As a sufferer of gear acquisition syndrome, I immediately went and bought a lightbox (thankfully, it’s cheap here, although one of the LEDs is already blown out…) I had to try it out, and struggled to shoot my veggies on a proper white background. I then thought it would be an interesting challenge to shoot a black subject on a black background, so I grabbed this plaster statue of a Buddha that we brought back from Vietnam. As you can see, I failed to shoot black on black, couldn’t keep the background truly black, but in the process created a Harcourt-esque background that’s really quite cool. 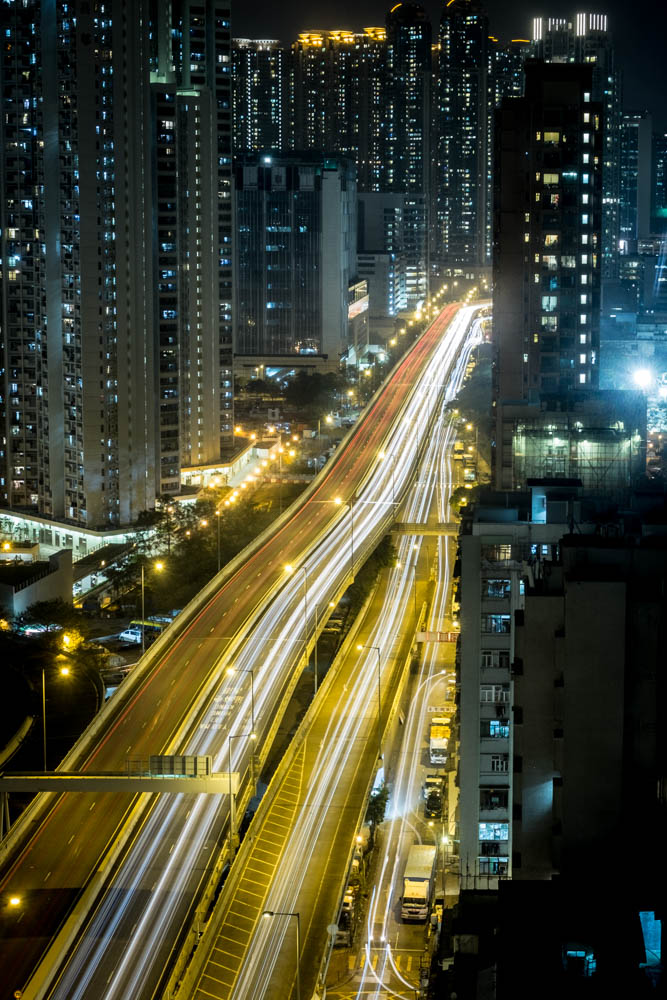 I always meant to explore Bulb mode for really long exposures, but have rarely found the opportunities to do it. Monday night I realized my 21st floor hotel room overlooked a highway amidst tall Hong Kong buildings. I set up my tripod against the window sill and voila! This is a rough version as I’m posting this from the airport and haven’t had time to really tweak the colour temperature, but it’s interesting (I think).

I used a roll of Pan F recently in Shanghai. I love that film, but at 50 ISO it’s bloody hard to use, especially on the TX2 which at best will open to f/4. I do plan to do a project on people and motion using Pan F with a tripod but this wasn’t it. I had a few shots left on the roll, so one sunny lunchtime I headed out to Qibao, a water town really close form the center of Shanghai. Probably two close and consequently overcrowded, but I got this shot of the (numerous) food stalls which I quite like.

I’ve been to London many times, but under a nice sun it’s a city that never fails to charm me. I was staying at a hotel near Westminster and that morning went to a meeting at Victoria station on foot just for the chance to take advantage of the sun. By the time I got back form the meeting, said sun had gone…

As you sail up and down the Mekong, you cross a lot of motor boats, so it makes perfect sense that their would be gas stations along the way… and yet when you see one you can’t help being surprised! I guess this qualifies as a street shot in a weird sense…