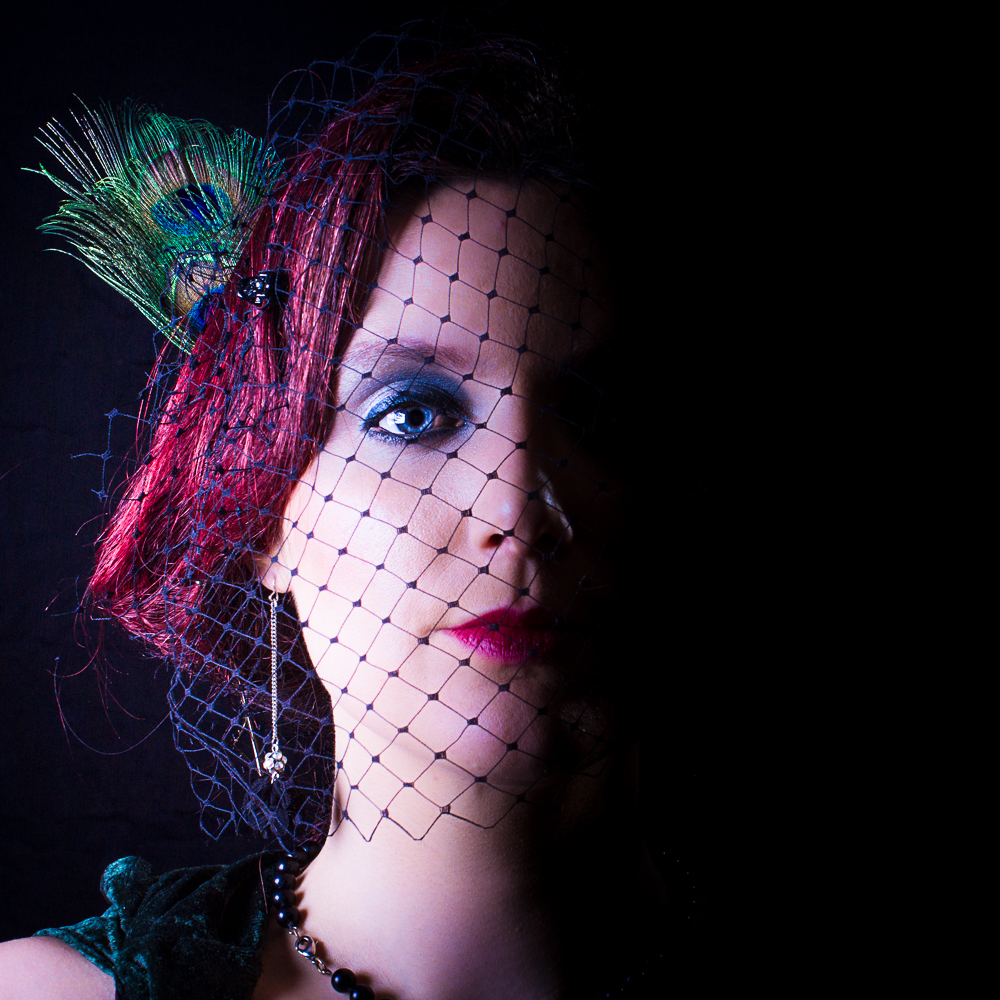 This week I’m working on a series I entitled Chicago Girls, based on portraits made during a costumed ball last year. Unlike my previously published photos from that session, which were for the most part « naturalistic » (ie. limited retouching), these are a bit more reworked, trying to push the atmosphere I was going after in post-processing. This first shot is one of Vanessa. Or rather half of Vanessa.