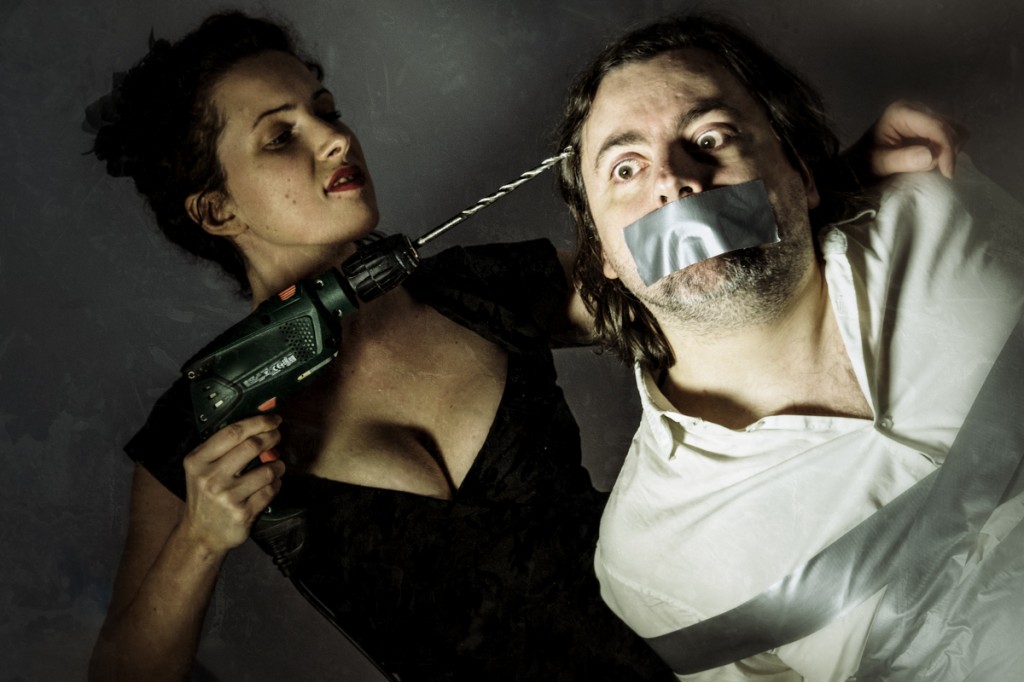 This shot was probably the most fun to shoot during the Unknown Armies session. Anaïs was so much into it that the drill bit actually hurt Michel a bit, so his frightened expression is not entirely fake.