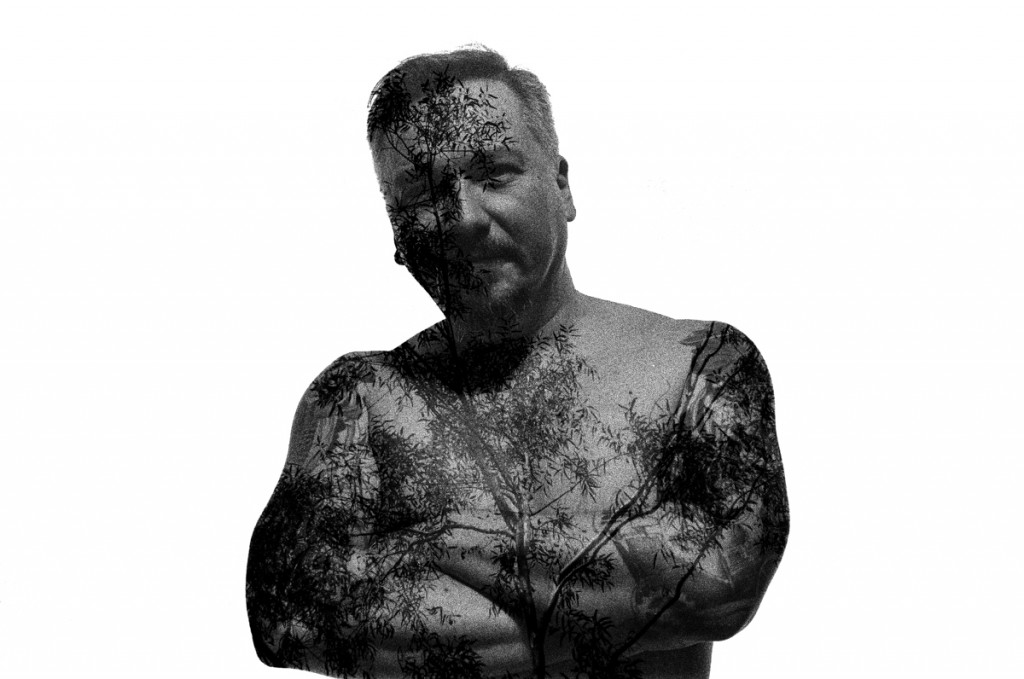 So the tree structures (rather than plant textures) bring something to the mix although the fact that the only roll where I had grain issues is this one probably suggests that I need to fine tune the exposures. My initial reasoning was to shoot both the plant and the portrait at nominal speed to increase the contrast, but it may have overexposed the shot so much that grain appeared in scanning. Still, it works even with grain, and I like here that it feels like tattoos despite Toni’s already tattooed arms.