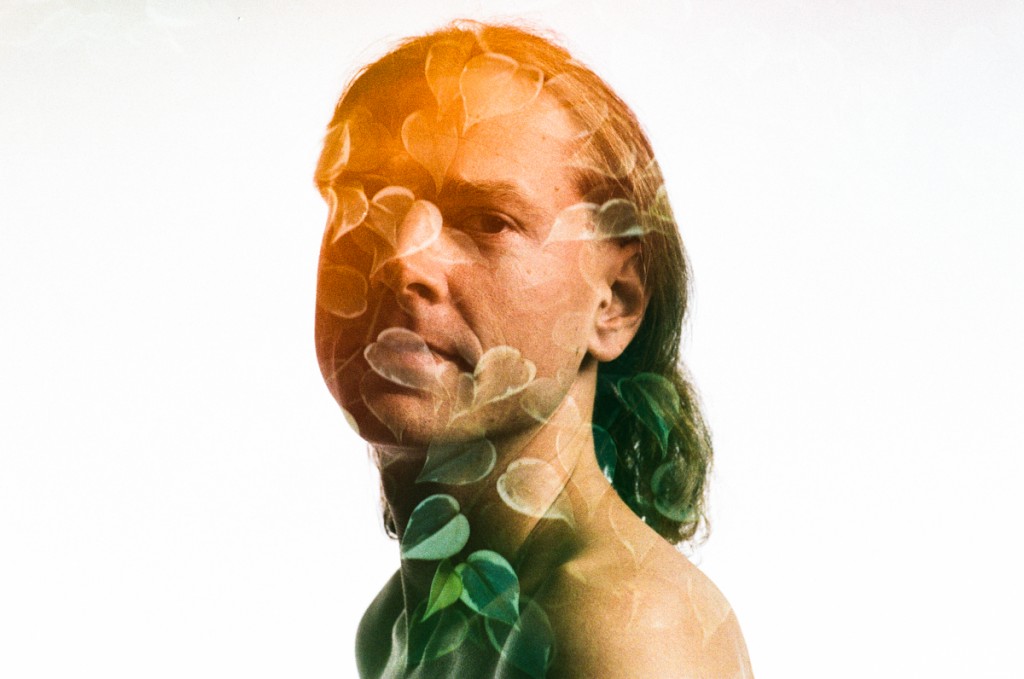 So I wanted to experience with colour film as well as black and white. My first session had shown that black and white had promise, but I wondered how the flora texture colours would mix with skin tones. In order to assess that, my crazy idea of using Dubble Jelly film, a pre-exposed colour-cast film was perhaps not the smartest as it reduced the separation from textured subject and untextured background I was after. But some of the shots are actually interesting, as seen here. I wanted to invert the instinctive exposure strategy (have the face well-lit and with little texture and the hair in the shadows with lots of texture.) I quite like the result. It looks like there’s a vine growing from Jelle’s chest on to his mouth and face. The orange cast from the Dubble is a unusual but aesthetically pleasing, so I count that as a win. 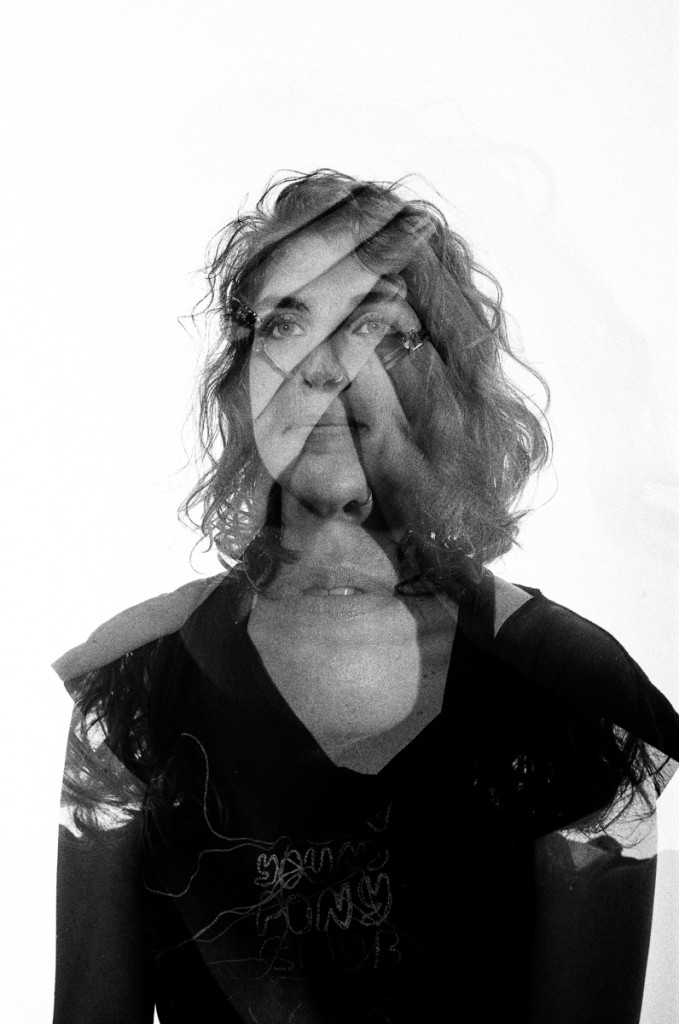 There’s a high degree of unpredictability with double exposures in general, but with portrait double exposures as I do them, that’s magnified : orientation of the initial shot, framing, distance, focal length… So I knew the results would be hit and miss. But some of the hits are interesting in that they tell a story of sorts even though the shoot itself didn’t. 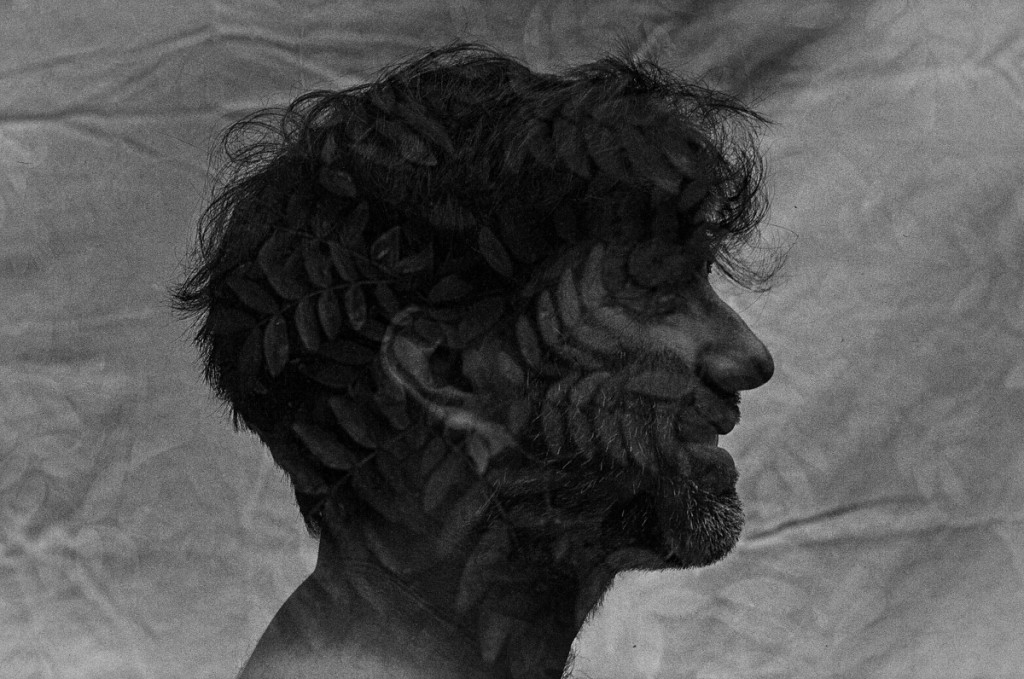 The more I look at the Scala shots, the more I like them. Sure the blowing of the background didn’t work, but it’s still contrasty, and it feels to me a bit like those old portrait shots. I’m not comparing myself to Irving in any way, but these shots feel a bit to me like they are from the same era. I’ll definitely be exploring these double exposures further, and possibly writing an article about the process. Let me know if that is of interest. 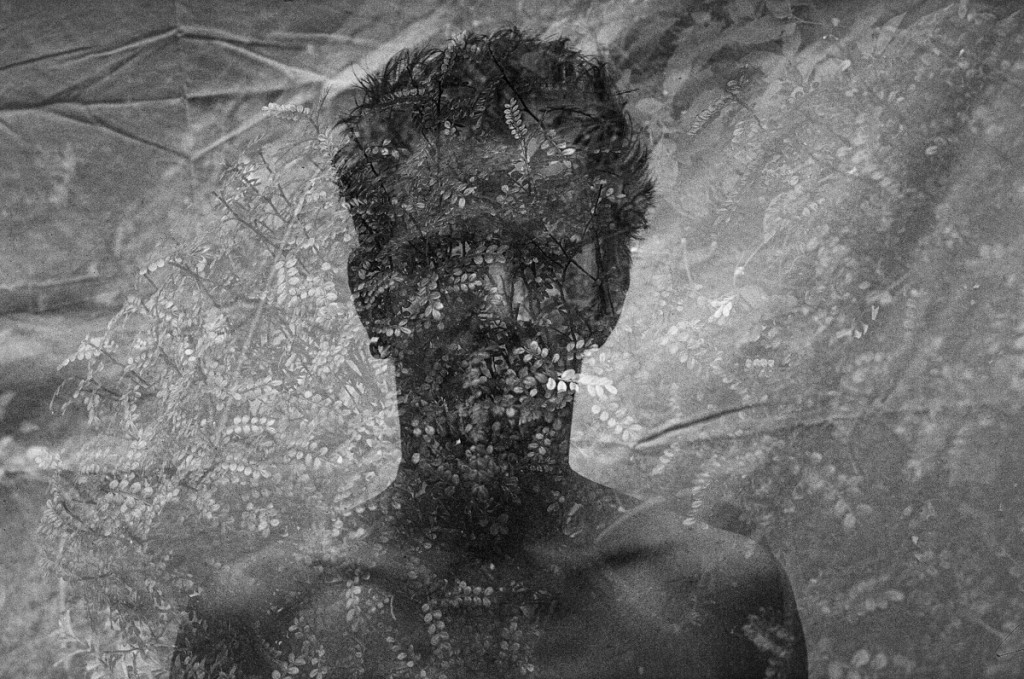 The long leaved plants convey a soothing, poetic look to the double-exposed portraits, but the small leaved plants have an altogether creepier effect, looking like a swarm of insects. I really like (in a nasty kind of way) how ravaged Manuel’s face looks on this one.

One of the interesting things with this double exposure film experiment is figuring out what you could have done better, but also the accidental successes. As a rule, I should have shot my textures either all portrait or all landscape and matched the portrait shots to that. But here the vertical texture projected horizontally on the shoulders of the model actually work really well. Food for thought for the next series. 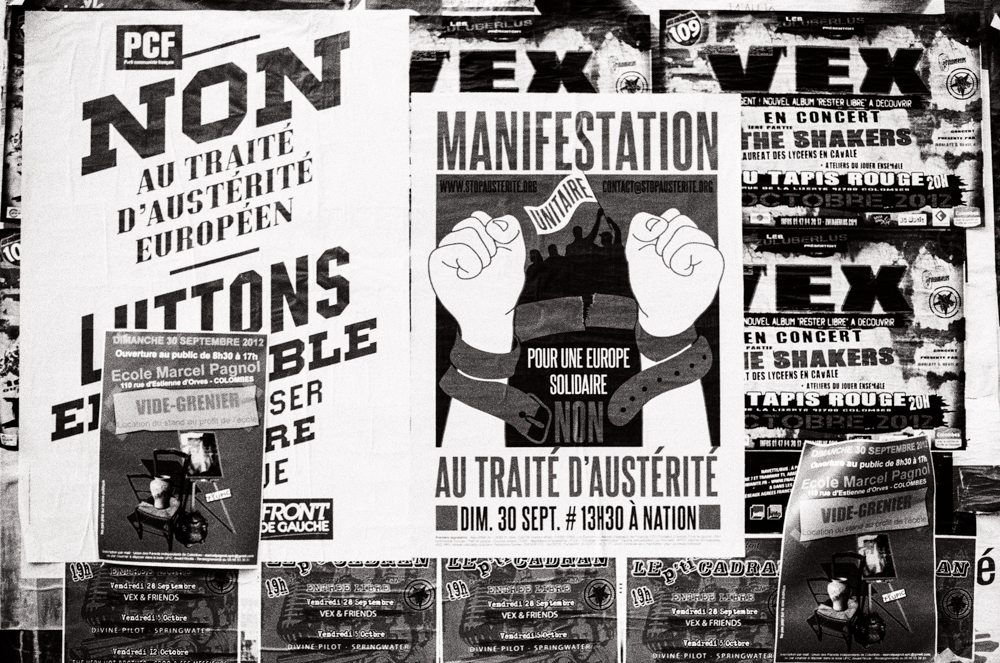 I really like Agfa CT100 slide, I think it’s probably my favourite colour film. Of course, its dynamic range is limited, but the colours are just gorgeous, as (I think) this seconds before sunrise shot shows. Makes for a beautiful yet quiet scene.

I have something of an obsession for this statue just outside the St Lazare train station in Paris. It’s called « L’Heure pour Tous » (Time for Everybody) and I shot it a lot a few years ago, trying to find interesting compositions and integrating the pigeons when I could. With the vertical panorama, I had to fill the foreground, which these two passers-by kindly did for me. Since the statue was refurbished, it’s now golden, which I don’t like as much as when it was black. But I have to say, with a bright color film, it certainly sparkles! 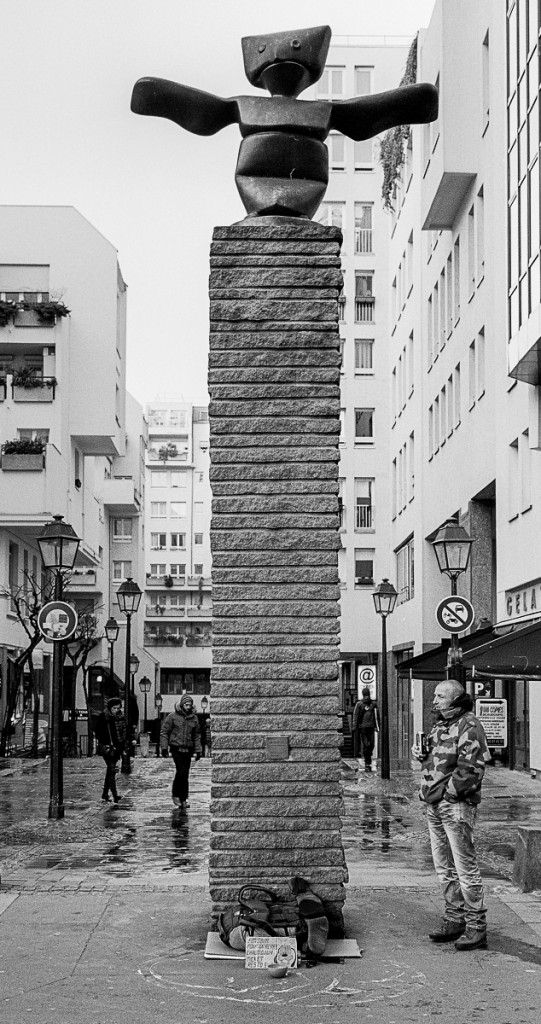 Shooting homeless people is both a testimony of something deeply wrong with our society and an invasion of their privacy which some of them legitimately find offensive. The way I approach this is to do it very openly so that if they object they have plenty of time to let me know. This guy didn’t object. I reframed the vertical panorama shot here, since I had way too  much sky and pavement. Even though the ratio isn’t academic, I quite like the result.