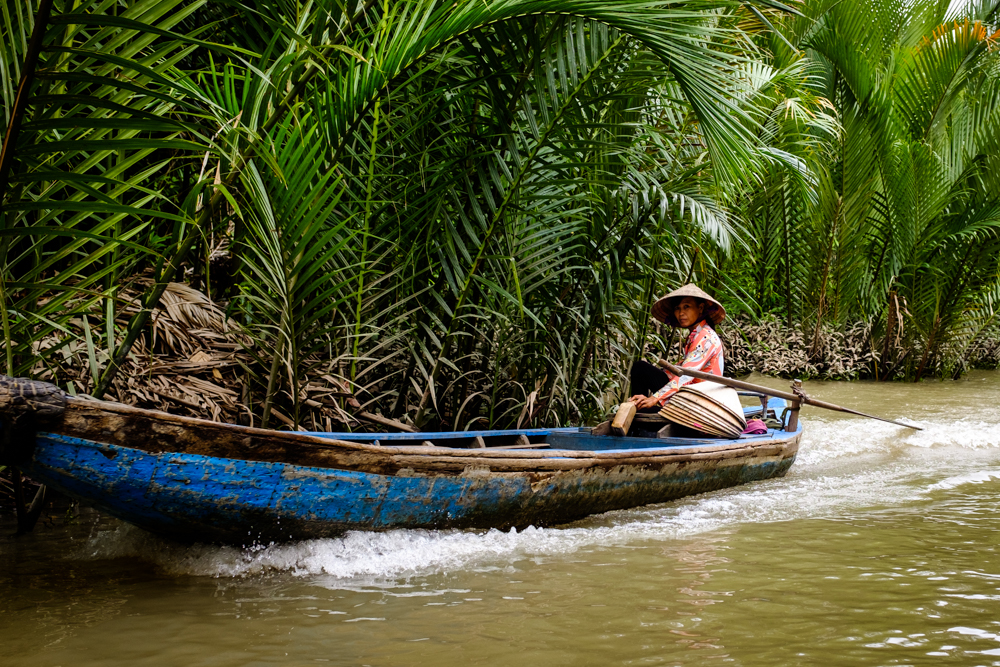 To be entirely frank, our time in the Mekong doesn’t carry with it so many good memories. The weather was awful (despite this being the dry season), two of my kids were ill most of the trip… It wasn’t great. But looking back at the photos, I feel like I captured a little of the spirit of the place (and yes, I realise this woman is ferrying sunhats for the tourists, but at least she’s doing it in a traditional-ish way…) 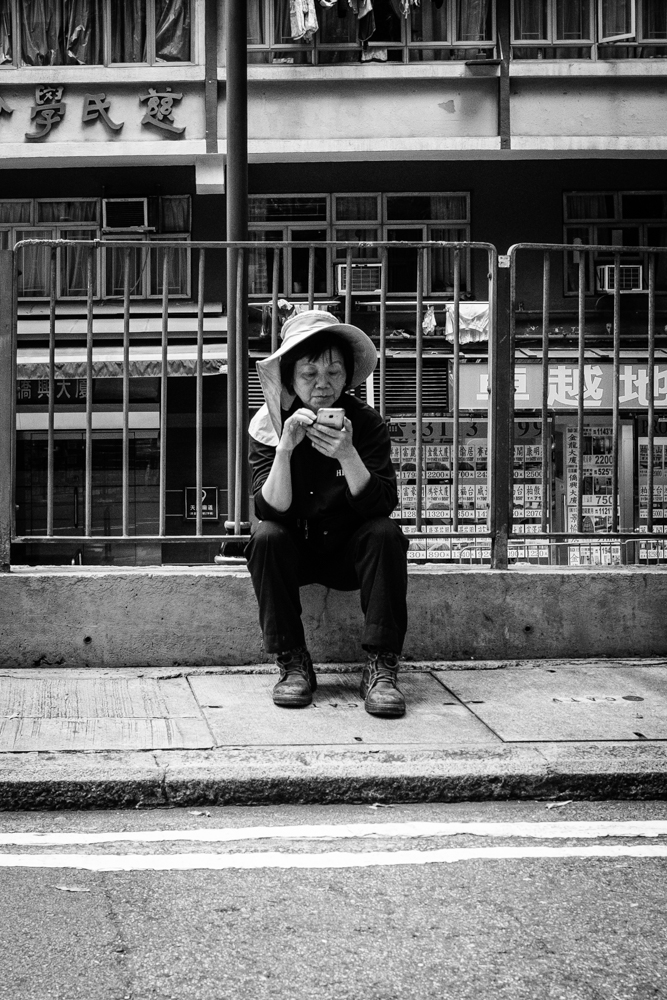 As we’re getting close to summer, the heat is building and we have long days of harsh sunlight here in Hong Kong. As a consequence all sorts of funky hats and umbrellas reappear, which is what attracted my eye to this connected woman. 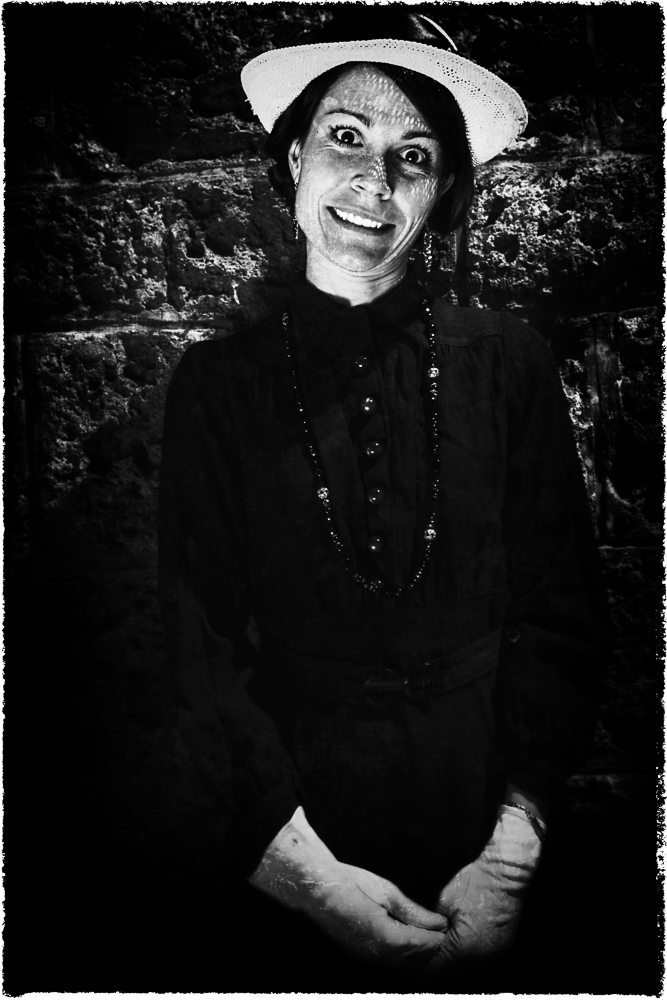 In yesterday’s shot, Anaïs expressed fright perfectly, in today’s shot Aurélie does frightening perfectly. This one has gone through a number of iterations, but I keep coming back to a relatively simple black & white that I find particularly powerful. 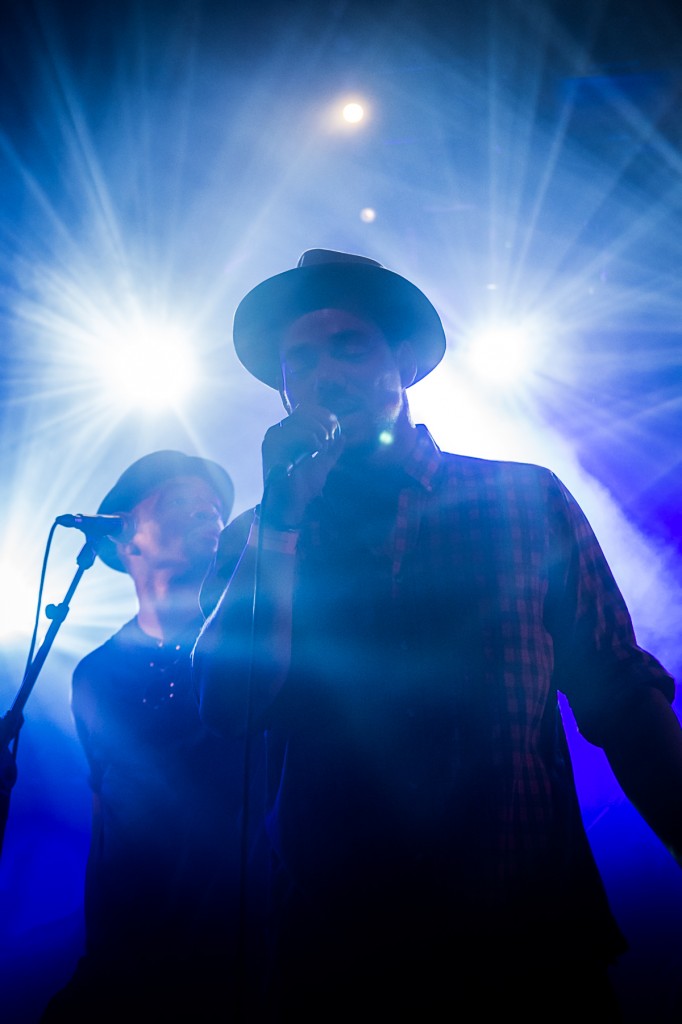 I haven’t posted a concert photo in ages. Truth be told, I haven’t been to a concert in ages. This is the last gig I attended in Europe, Monophonics at the Nouveau Casino in Paris. Since the Monophonics band backed Ben L’Oncle Soul (a French soul singer with a pretty decent voice) during his French tour, he paid them a visit during their gig. To be fair, the photos I got with the x100s and the 50mm extension weren’t great overall. 50mm isn’t close enough for most shots, and the AF performance was seriously hampered by the extension, but there are a few good shots, including this one of Ben. Not the kind of shot I normally capture, but I really like the light display here. 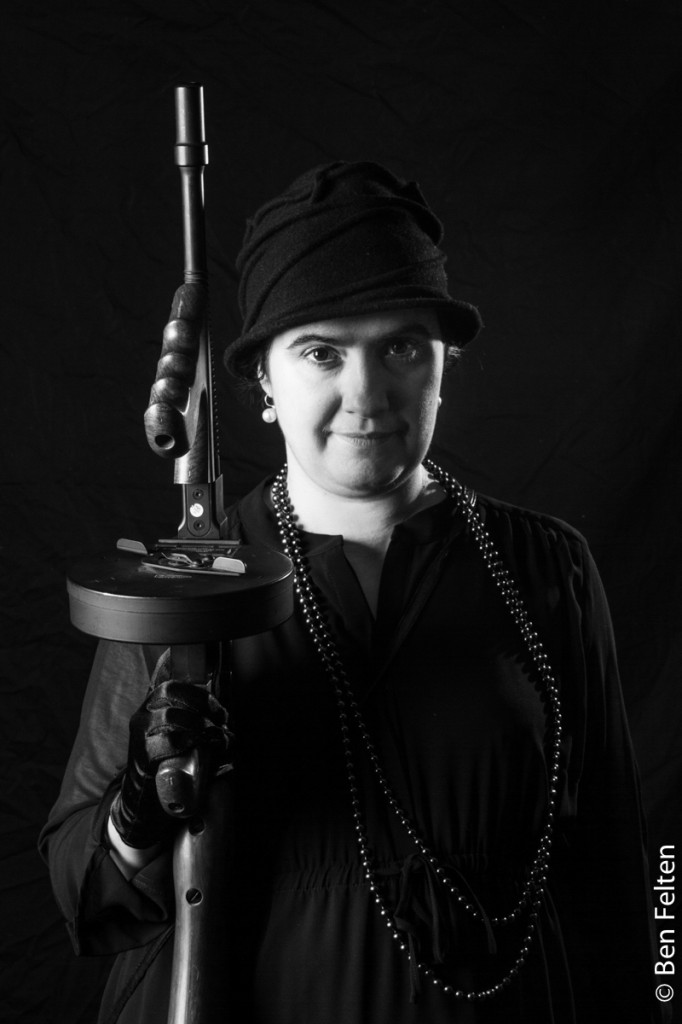 We had more martial accessories as well for the « Seedy Chicago » ball shoot, including those wonderfully accurate replicas of Thompson Guns, aka Chicago Organ Grinders. To my surprise, quite a few of the girls insisted on doing photos with the guns, occasionally creating some wonderful contrasts. This one is probably my favourite, with the sober, quasi-puritanical clothing and the gun being strangely… coherent? Edited with W-Equals’ XeL 2.0 in Lightroom.