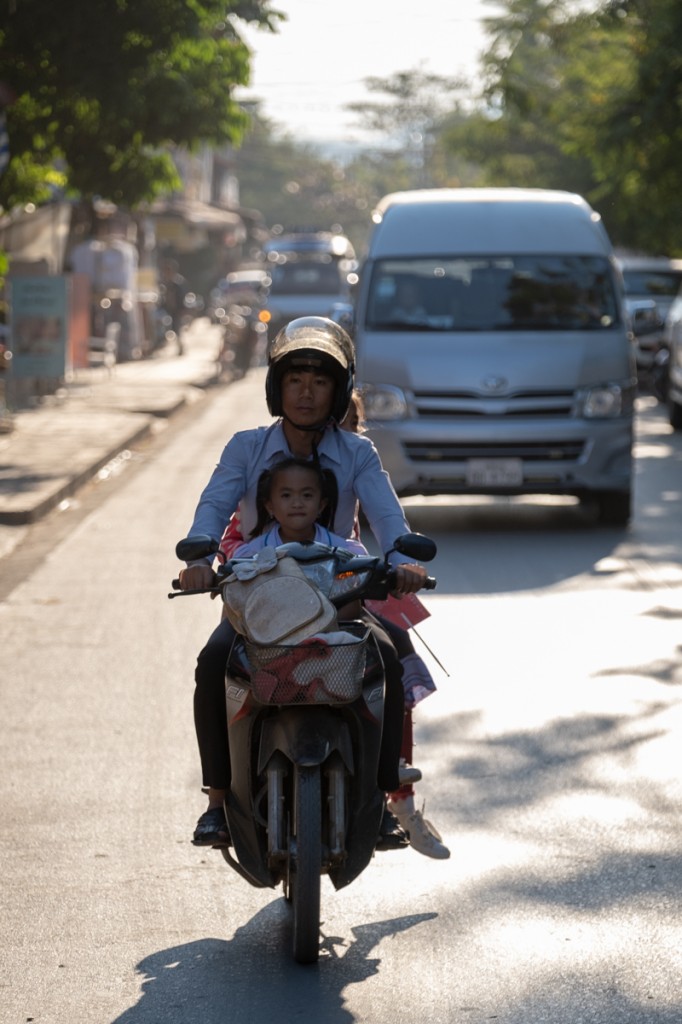 In many south-east Asian countries scooters or small motorbikes have become the default mode of transportation for the majority of people. It’s surprising how many passengers a scooter can actually accommodate. In this Luang Prabang picture there are only two, but I love the little girl’s pigtails.

I have already shown a little of how crazy the scooter thing is in Saïgon. This shot taken from a rickshaw as we were overtaking the cross-road shows the scooter army poised to depart. 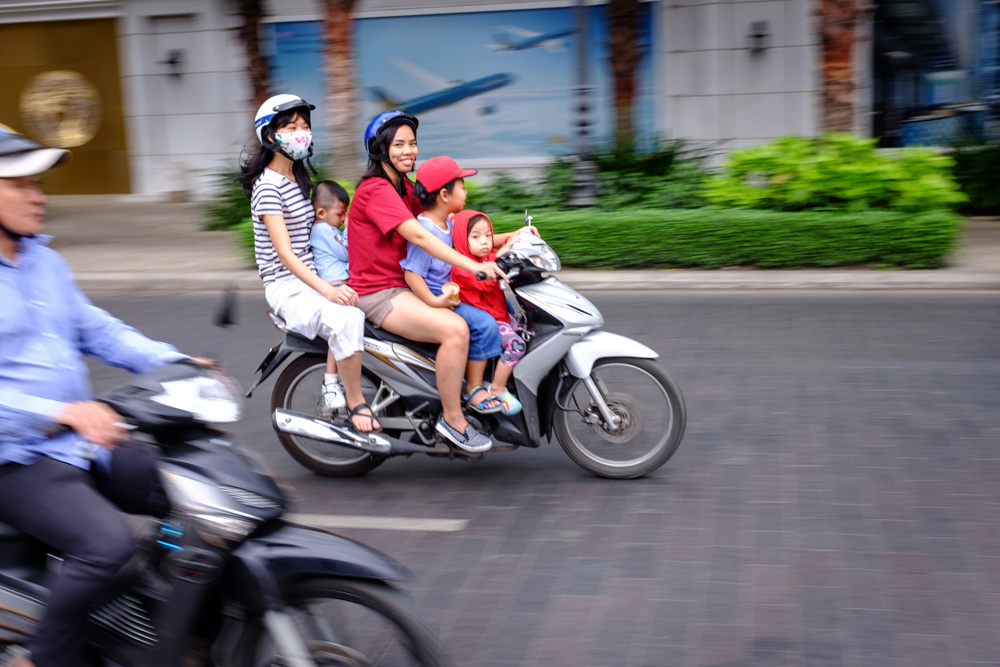 I spent a week in Southern Vietnam over the winter holidays. The first thing that strikes you in Ho Chi Minh Ville (still called Saïgon by its inhabitants) is the teeming mass of scooters with unreasonable numbers of passengers. Of course, I couldn’t pass the opportunity to try my panned shot skills. This isn’t the best one technically (the framing is odd and it’s ever so slightly blurred) but five on a scooter and a winning smile ? I couldn’t let that pass.

I have recently acquired a fabled film camera, the Fuji TX2 also known in Europe as the Hasselblad XPAN 2. This camera has the particularity of shooting panorama shots with no distorsion (other than that of the lens, obviously). Which means that unlike the Horizon 202 (which I tried briefly last year before it broke down) it doesn’t bend straight lines. Anyway, this week I decided to share with you highlights of my first roll. It’s given me the urge to shoot street shots of Shanghai again, so expect to see more. The pink scooter is what attracted me to this shot in the first place (although the chairs are somewhat puzzling too) and the two passers-by were just cherries on the cake.