I recently watched through a series of documentaries from the late 90s produce by the BBC. The title of the series is Decisive Moments: The Photographs that Made History. This is of course a kind of abuse of the « decisive moments » terminology that was popularized by Henri Cartier-Bresson and related more to street photography, but it’s an apt title as it shows how some photographs, sometimes accidental, had an impact on world history.

The six episodes are roughly chronological, though they are somewhat themed as well. Here is a quick breakdown of the episodes:

All in all it’s a good series, even if a little too US/Britain centric in my opinion. Still, as photo documentaries go, this one is interesting in that it doesn’t focus on the photographic process but rather on the impact. Well worth your time if you can find it. 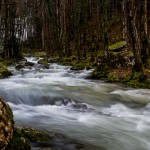 Le Hérisson Canon 7D, 32mm, f/11, 1/4s, ISO 100 A while ago I published a series of tutorials on long-exposure photography over at the x-equals website (x-equals is a company that sells wonderful pre-sets for Lightroom that I use very often when processing my photos). The tutorials were published in three installments, so I thought it [...] 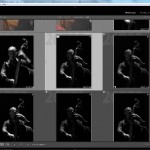 Earlier this month I published a « how to » article on the X-Equals blog detailing my process for black & white concert shoots. In particular, I focus on the post-processing in Lightroom using XeL B&W. It’s entitled Embracing the Shadows, you can find it here, and the images features are Thomas in the Shadows and Trumpeter [...] 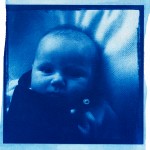 Madeleine For months, I’d been looking slightly fascinated at cyanotype prints. I was first exposed to them through Sinead McDonald. I loved the subdued and slightly uneven rendition. So when the opportunity arose to take a lesson with Sinead in Ireland, I totally jumped on it. This post aims at describing the process for those who [...]

Craft & Vision is David duChemin’s imprint of photography ebooks and if you’ve been reading this blog you know that I’ve read a number of them and generally like them (see reviews of Dodge & Burn and Portraits of Earth). One of the great things about these ebooks is that they’re dirt cheap, at $5 a pop (except for their magazine and a newly released Big Book). Well for the next three days, there’s a 50% discount on everything over at Craft & Vision except the aforementioned magazine and Big Book. The amount of useful information you’ll get for $2.50 a pop is honestly astounding, there are way worse ways to spend your money!

I have no affiliation with C&V, I’m just a generally happy customer who keeps being amazed at the quality of their products. Don’t hesitate to ask about specific books in comments if you’re interested. I don’t own them all but I have read a fair few!