The last (and first) time I went to New Zealand I didn’t really get to see anything beyond Auckland, so when I had to go there recently for work I decided I would leave Auckland for the week-end. After some hesitation, I decided to head out to the Coromandel Peninsula, a reputedly beautiful place within a couple of hours’ drive from the capital. 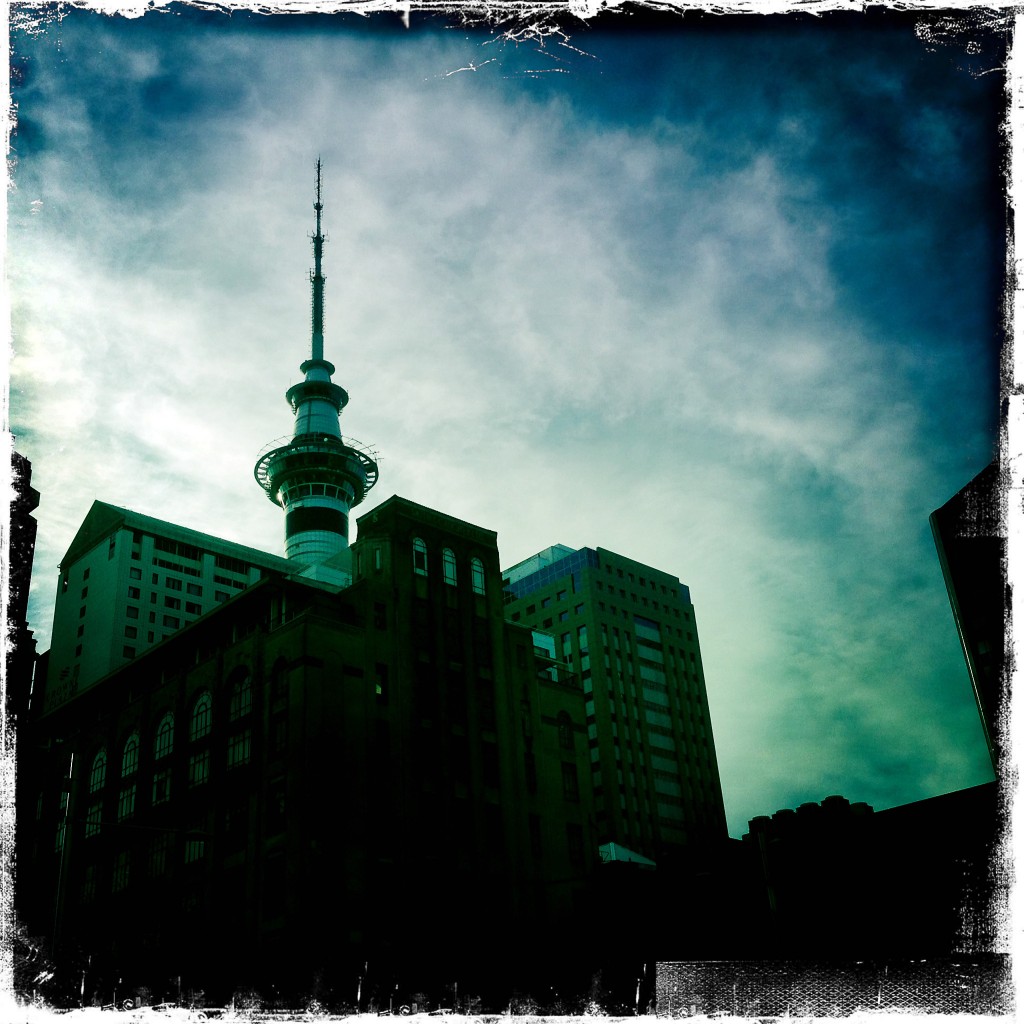 I left Auckland on a September Friday late afternoon, having rented a car and gotten used to driving on the wrong (left) side of the road while picking up the tripod and lens I rented from Topic Rentals. The drive was more stressful than I anticipated, between dense traffic in Auckland and the last leg of the journey between Thames and Coromandel town, a small winding coastal road in the night. I finally arrived in Coromandel Town around 8 PM and decided to stay at the Tui Lodge. I had a clean detached room (it’s more of a backpacker’s lodge) and the added bonus of an Ethernet cable I borrowed for an hour to call back home. But I needed to get started early the next morning, so after heading out into town for a quick meal at the Star & Garter, I crashed early. 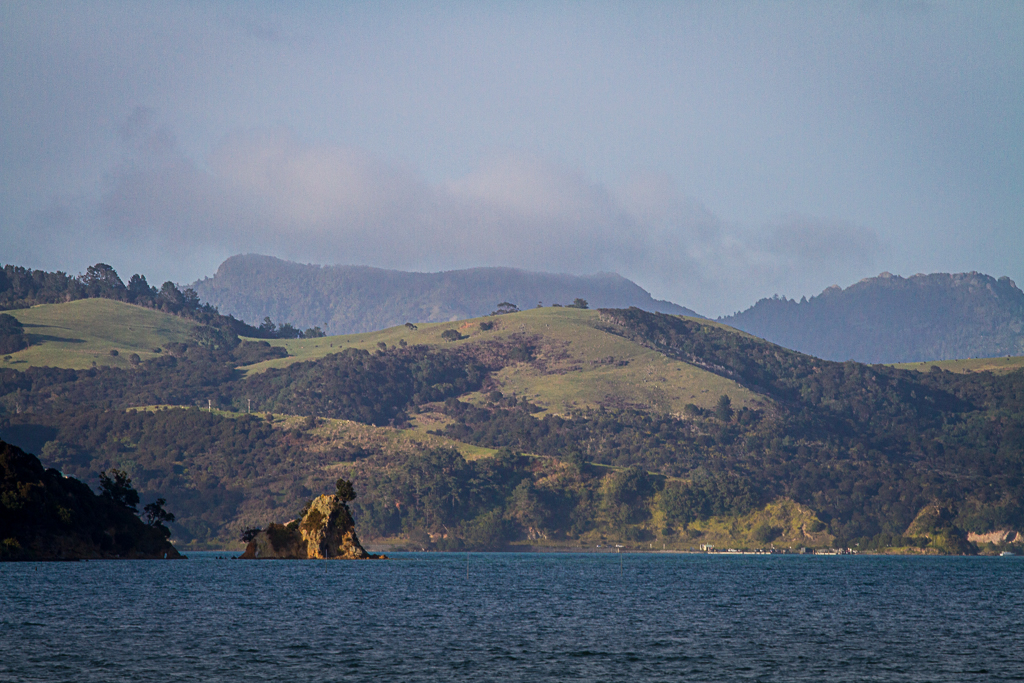 The next morning I went straight to Coromandel Town about an hour after sunrise (I was on the wrong coast to truly take advantage of sunrise anyway). I wanted to find an interesting vantage point to do some long exposure shots over the early morning sea. 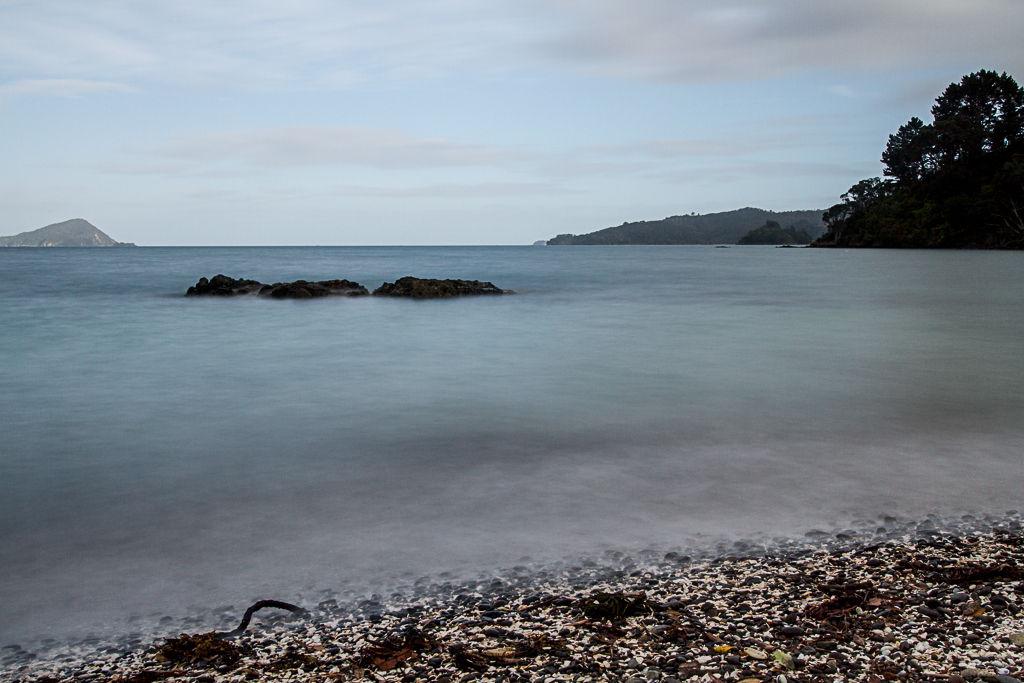 I didn’t quite find what I wanted although I went all the way to Long Bay and managed a couple of interesting shots. 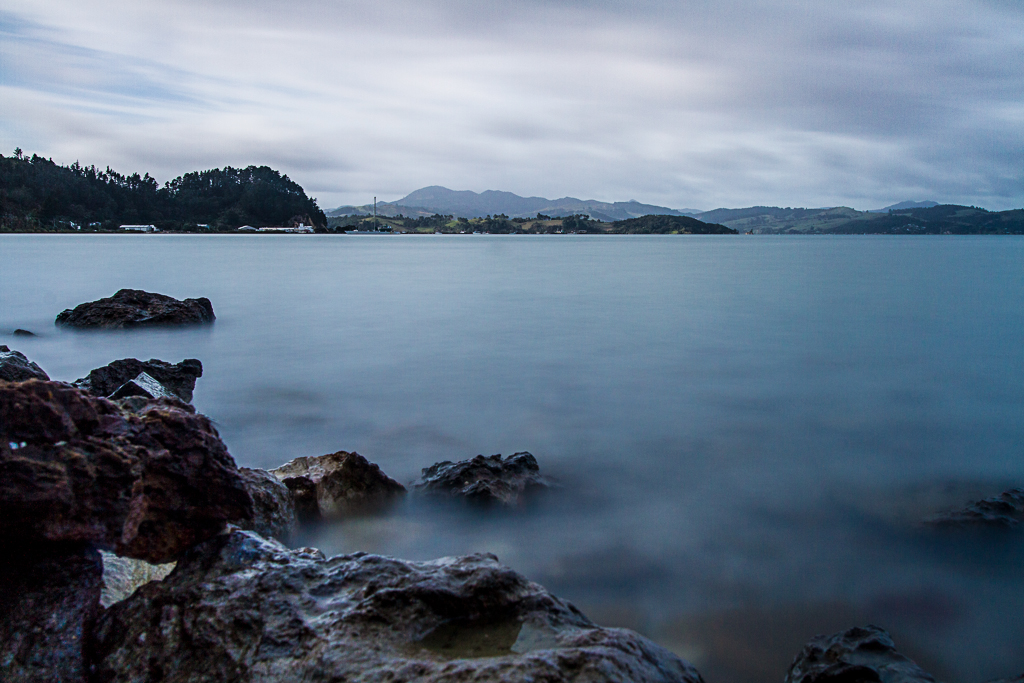 This latter shot was taken on the way back to Coromandel Town with the beanbag lying on a rock (one of the only times I used my beanbag on the whole trip, as far as I recall.) I headed to the Coro Café for breakfast and wandered around the main street for a few minutes before taking off. Coromandel Town off-season has this distinct feel of small coastal towns not all that different from what you’d find in Britanny or Cape Cod.

I then headed back south for a while to find the 309 road, a gravel road that goes up the hills and offers the only inland crossing of the peninsula. I wasn’t progressing very fast, and the weather wasn’t looking too good, but I was heading for the Waiau falls. I love falls, I can’t help it! The winding road follows the Waiau river for a while, and at one point there seemed to be a way to get all the way down to the river, so I parked the car and did just that. With tripod on my back and camera bag strapped to me, I wasn’t exactly the most agile, and I ended up putting my feet firmly in the mud by the river, but apart from this little incident, I ended up right by the water and some beautiful round rocks. 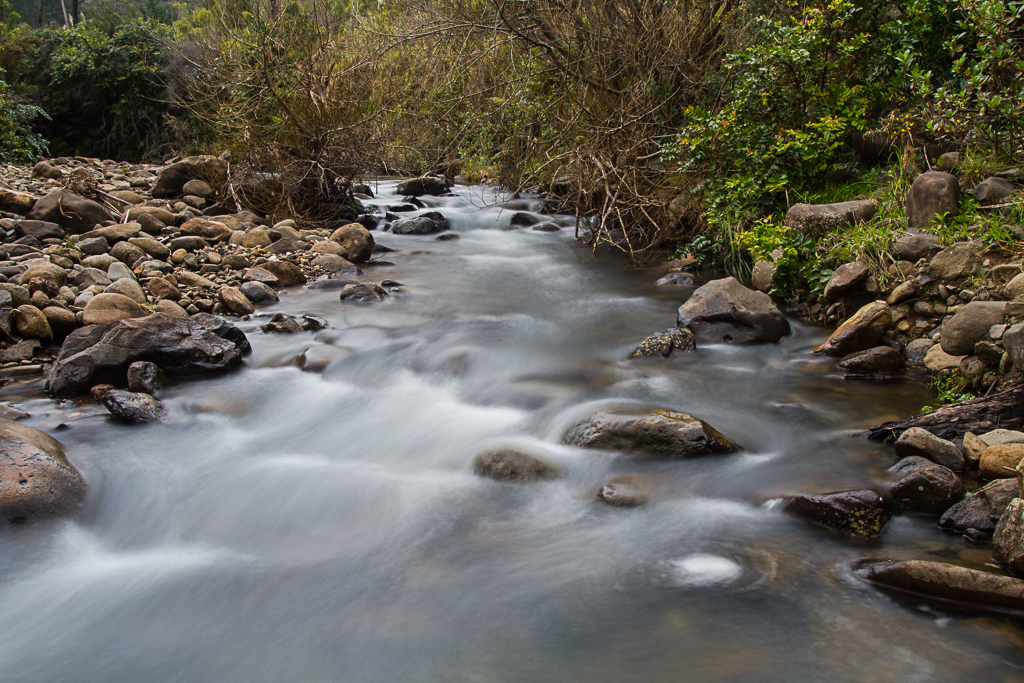 Little did I know that 500 meters later were the Waiau falls. Stopped again, and spend quite a while by the falls looking for the best angle. The place was very nice, and while the falls aren’t huge, they create a very paradisiac scenery. Despite the lack of good light (or maybe because of it actually) the photos came out nicely. 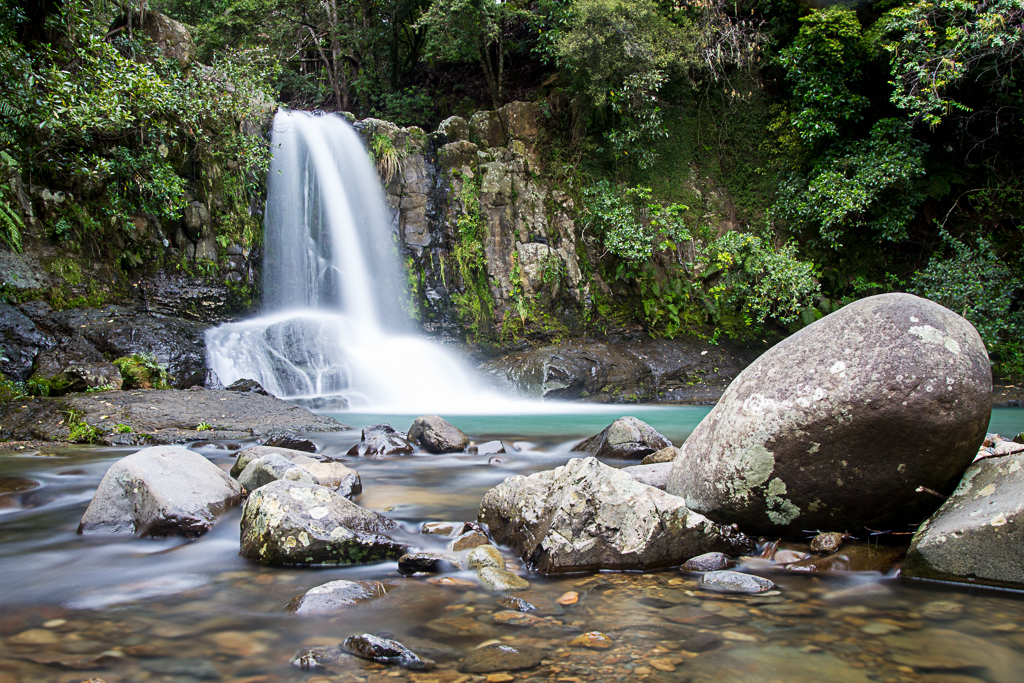 I did quite a few of them with Hipstamatic as well. 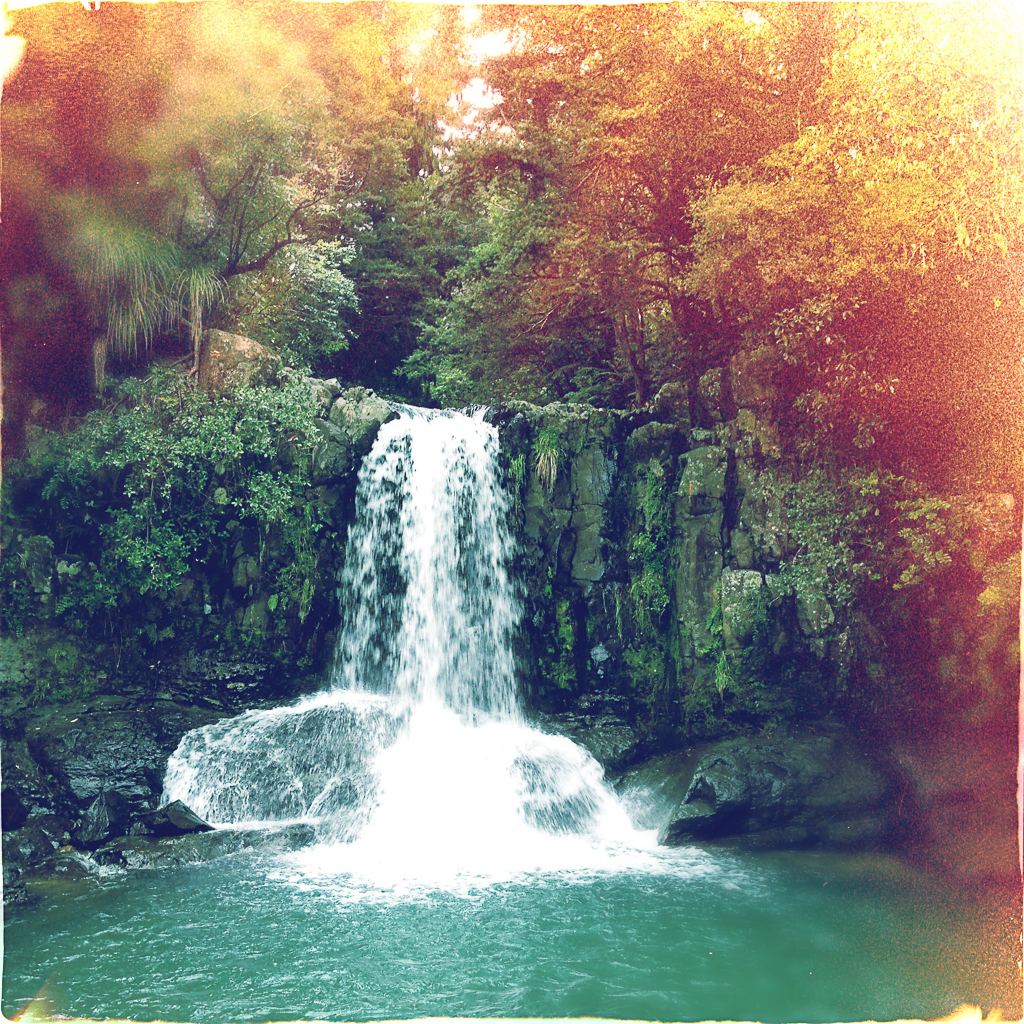 I also tried my hands at some iphone panoramas which came out nicely (click for a higher resolution version).

I probably spent close to an hour there before deciding to head back to the road. I drove another 500m before hitting another landmark, a grove or Kauri trees. I didn’t spend quite as much time there although I have to say the trees were massive, tall and very impressive. From a photographic point of view though, I didn’t really manage to do them justice. 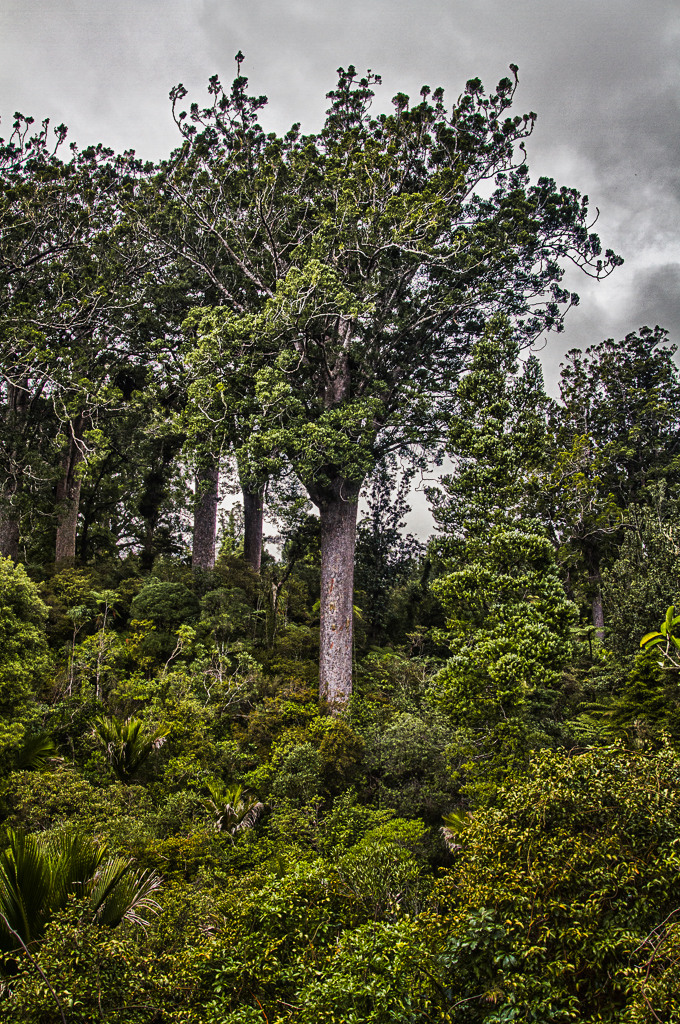 Having gone up the hills all the way since the morning, I had to come back down at some point, and the scenery on the way down changed completely as I headed into the edges of Egan Park. To my European eyes, the most unexpected aspect of the forest was the mixture of trees that looked like something you might find in Europe and palm trees of sorts. 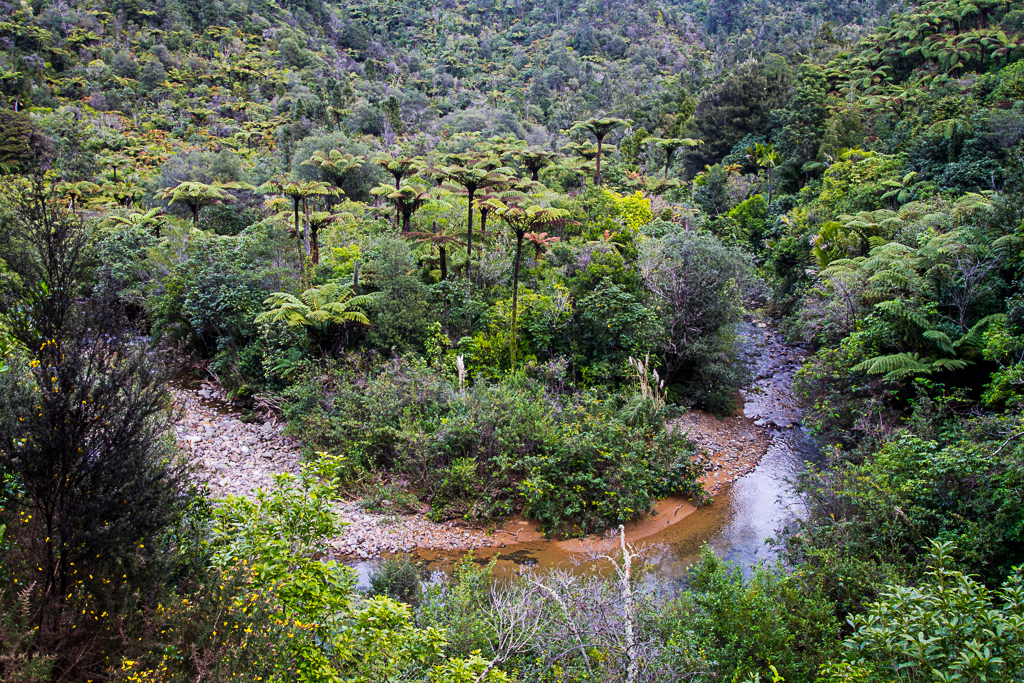 A little further down the road (I was stopping every couple of kilometers by that point) I drove past the Mahakirau river and took yet more shots of water and rocks. 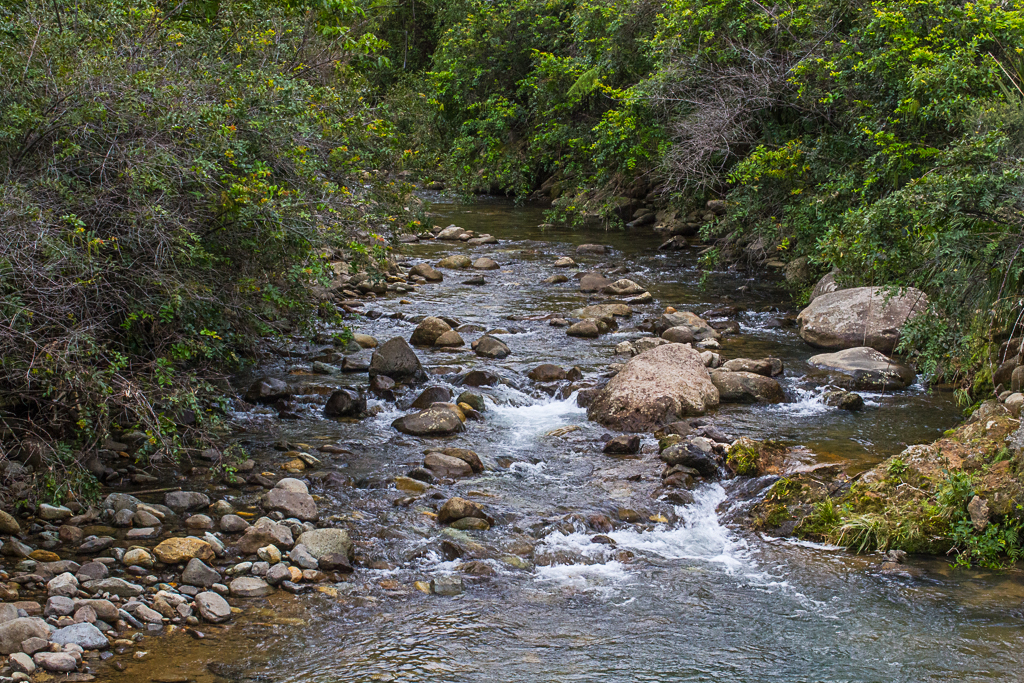 By the time I exited the 309 road and made my way towards Hahei, the sun was starting to peek out, and the scenery got so green it was unreal. I kept stopping by the road and trying to capture that, and got a few decent shots although I would only truly capture the color I was after the next day. 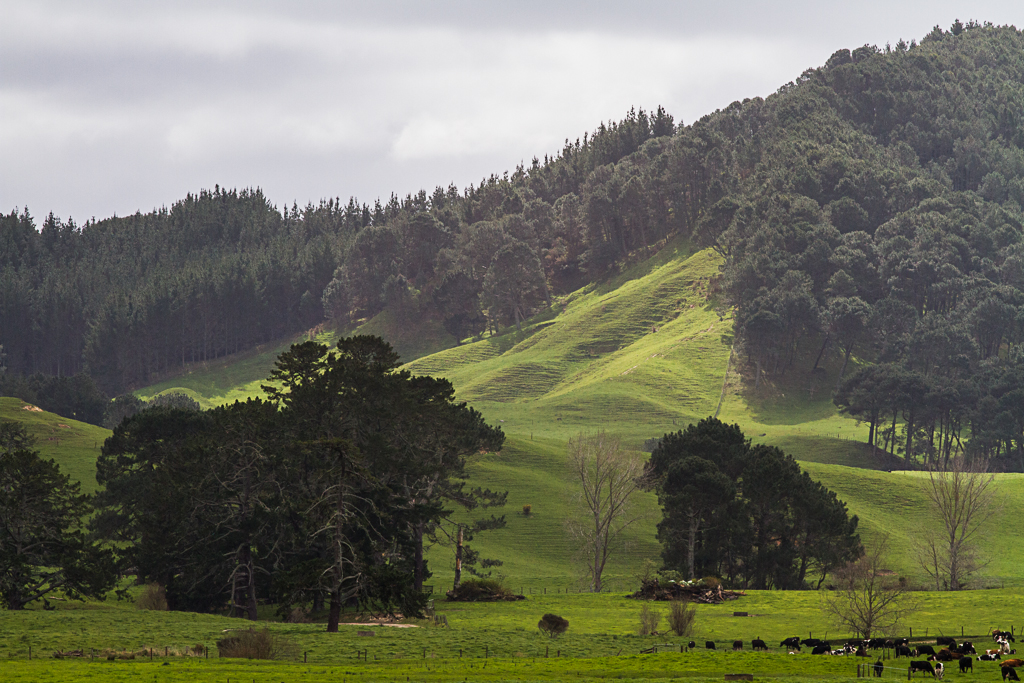 I finally made it to Hahei, and before finding a place for a late lunch, I decided to check out the beach. The sun was starting to clear, but it was still very cloudy. I took a few shots, both with the camera and with the iPhone, but since that’ll be a story for the next installment, I just leave you with this Hipstamatic view of the scene. 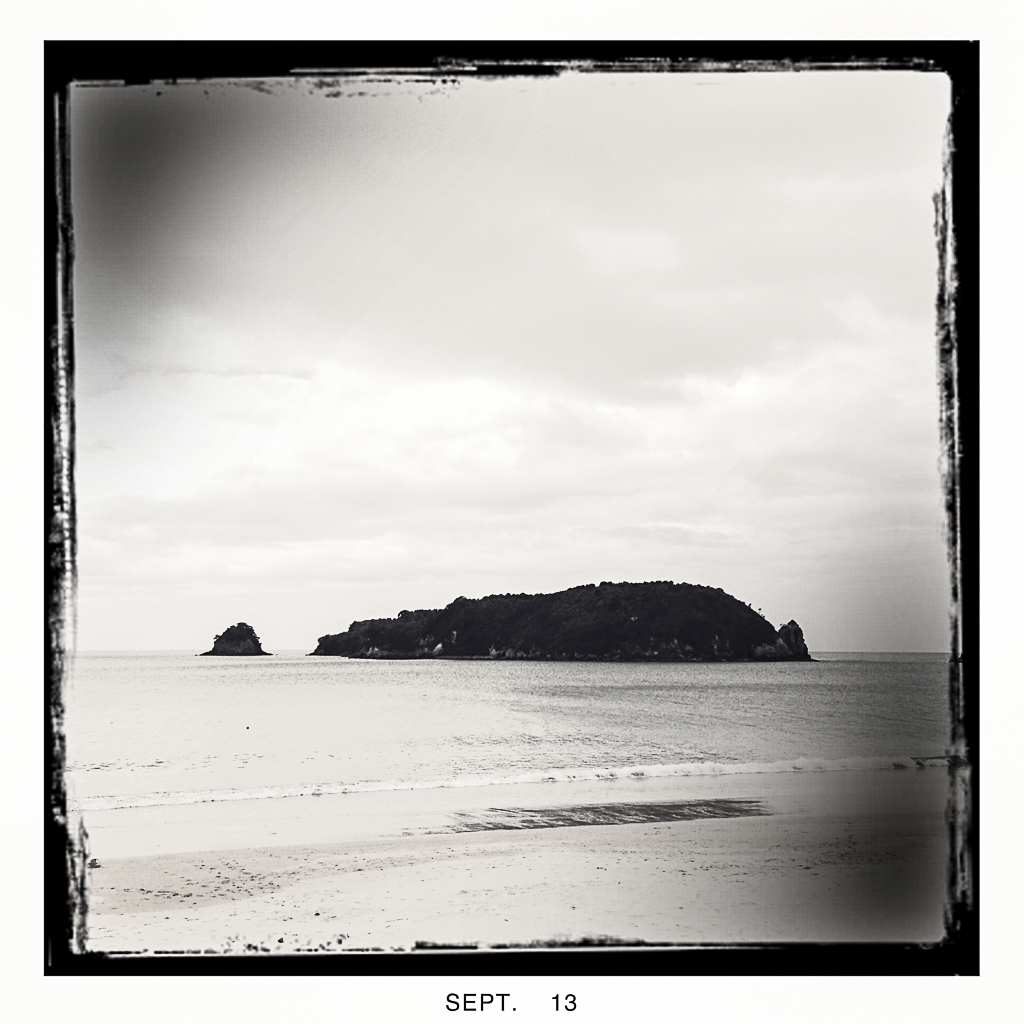