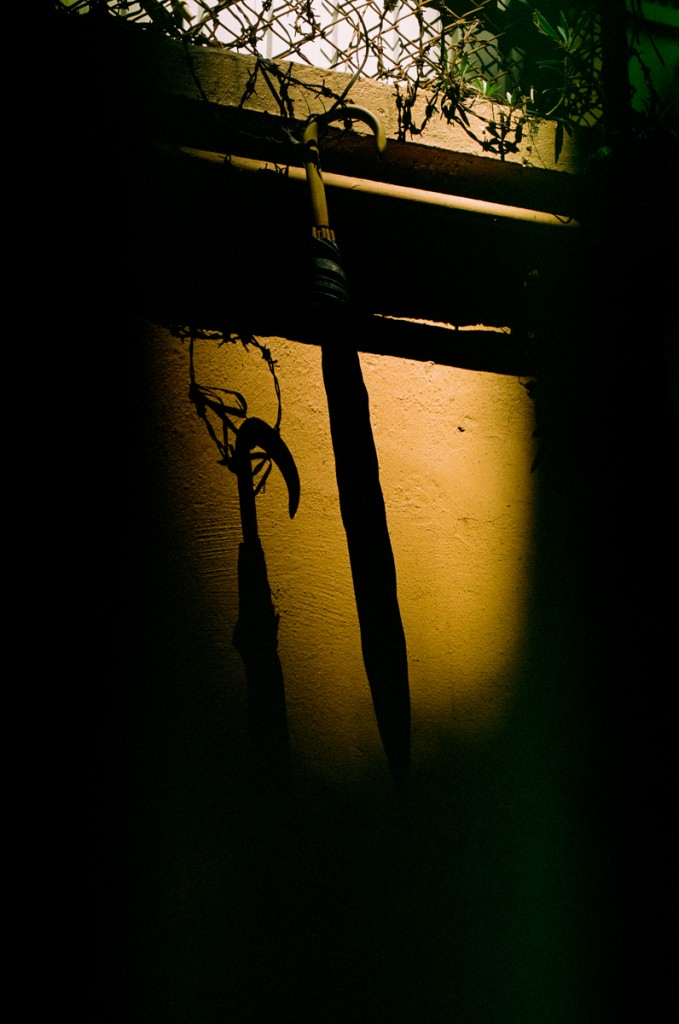 Slide film has notoriously limited dynamic range, so I wasn’t sure this shot was going to work. But even though I had to work on the shadows in post a bit, it fundamentally shows what I was after: the umbrella hung up on fence wire, and it’s partial shadow. The yellow wall has taken on a green/brown tinge due to the expired slide, but I think it works anyway. 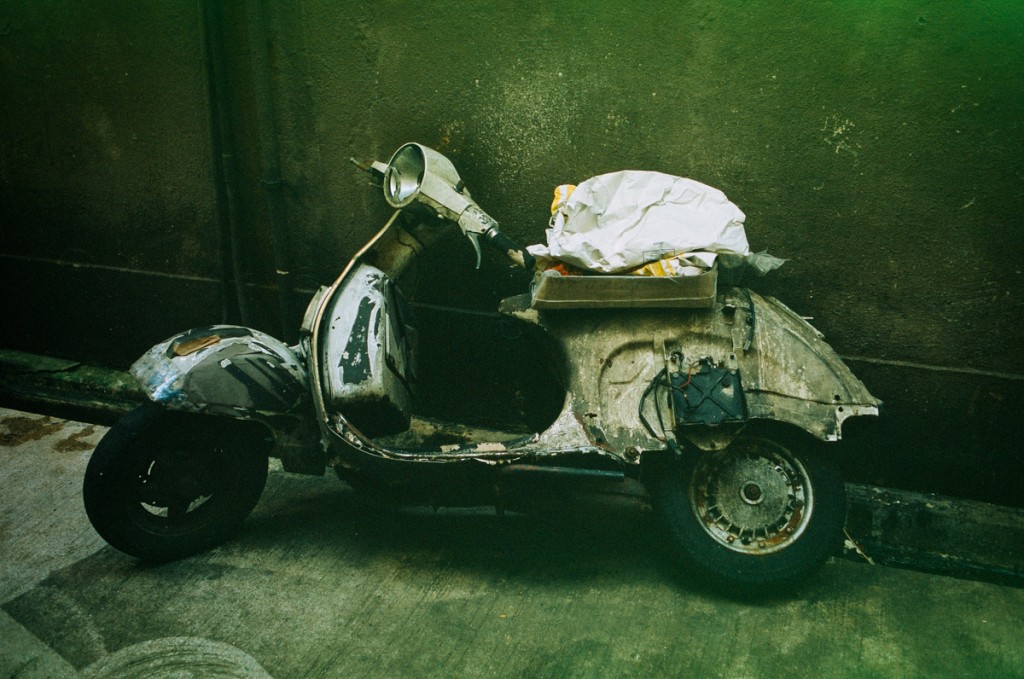 This picture is the result of two recent decisions. First, I’m trying to go through my film stash before buying more film. Turns out I have a lot of expired film including slide film. The second decision is to explore more of the backalleys and grimy passageways of Hong Kong. There’s a lot of interesting still like and street photo opportunities there. The green cast that you see on this derelict scooter is an unexpected (and welcome) result of expired slide.