On Monday I shared a photo of Victoria Harbour as seen from TST. Here is another one, shot virtually in the same place twenty minutes later. Night falls really fast here in Hong Kong, and the building were starting to light up in this one. The ferris wheel in particular is a nice sight, especially since this was only a few seconds of exposure. Not knowing Crossbird’s reciprocity failure, I winged it, and while this is clearly a little underexposed, it allowed me to capture the last of the orange glow from the sunset. A happy accident as we say in film photography circles.

I tried several compositions with those taxi car doors. This one gave me the deepest perspective, and I really like the clash between the bright reds of the doors and the bright green of the crossprocessing in the shadows.

I really liked those roadsigns when I stumbled upon them. It was somewhere around 12s of exposure if I recall (with no information on Crossbird reciprocity failure, it was a bit of a guessing game) and I love the way it turned out. My wife says it could be anywhere in the world, but I think it’s got a Hong Kong vibe.

There a tiny backalley in Tai Hang where you can find a garage that caters exclusively to Taxis. Because of space constraints, they stock spare parts in the street, which means that when you wander around there, you can see the characteristic read (and occasionally green) car doors, boot doors and bonnets. I’ve repeatedly taken photos in that backalley, but this one at night is one of my favourite. 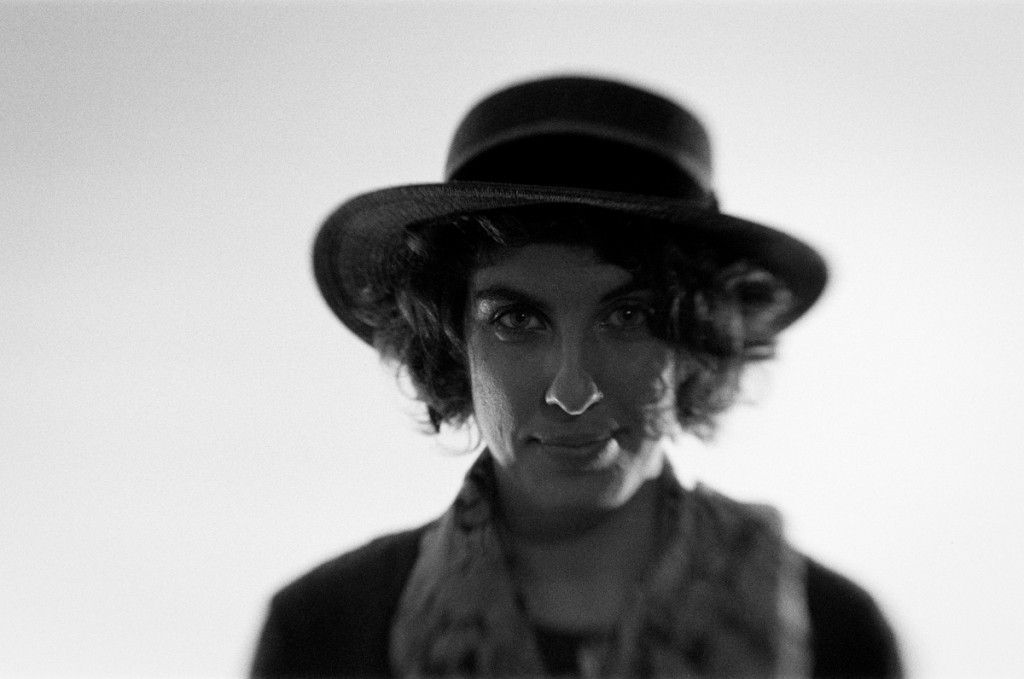 The thing I really love about film shot with a Lensbaby is the way the grain breaks down the more blurry the picture gets. This one is a really good example of that, with the edges of the shoulders not only blurred, but fuzzy. Also, Lilly’s smirk is priceless. 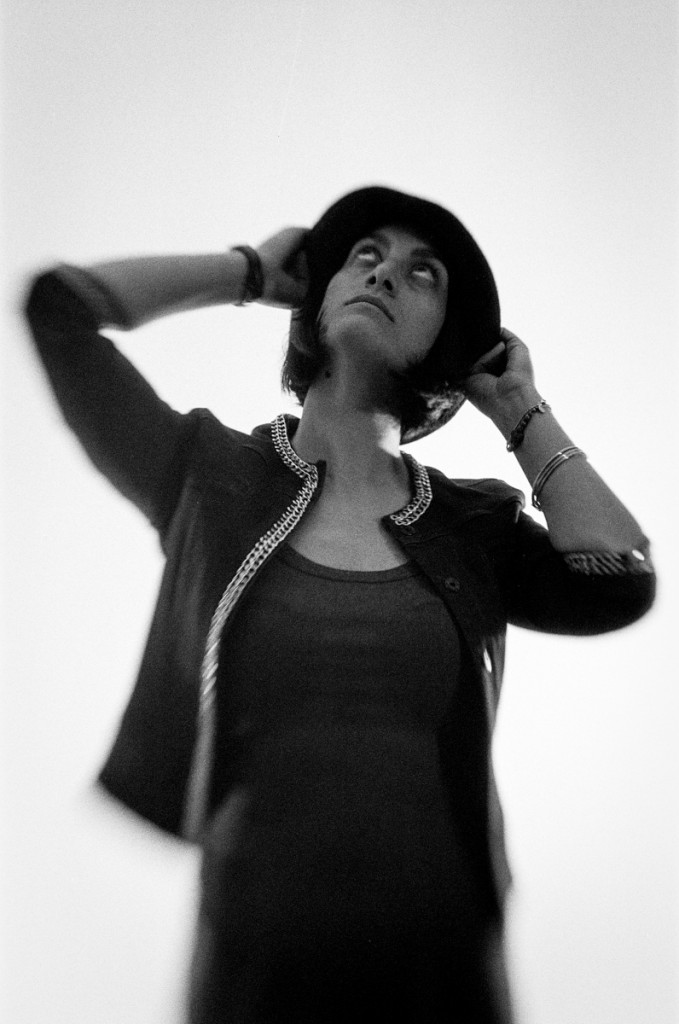 Lia’s hat made me think of rain, so we had the idea for this composition. I love the way her eyes look at the « sky » or rather the ceiling of the studio. 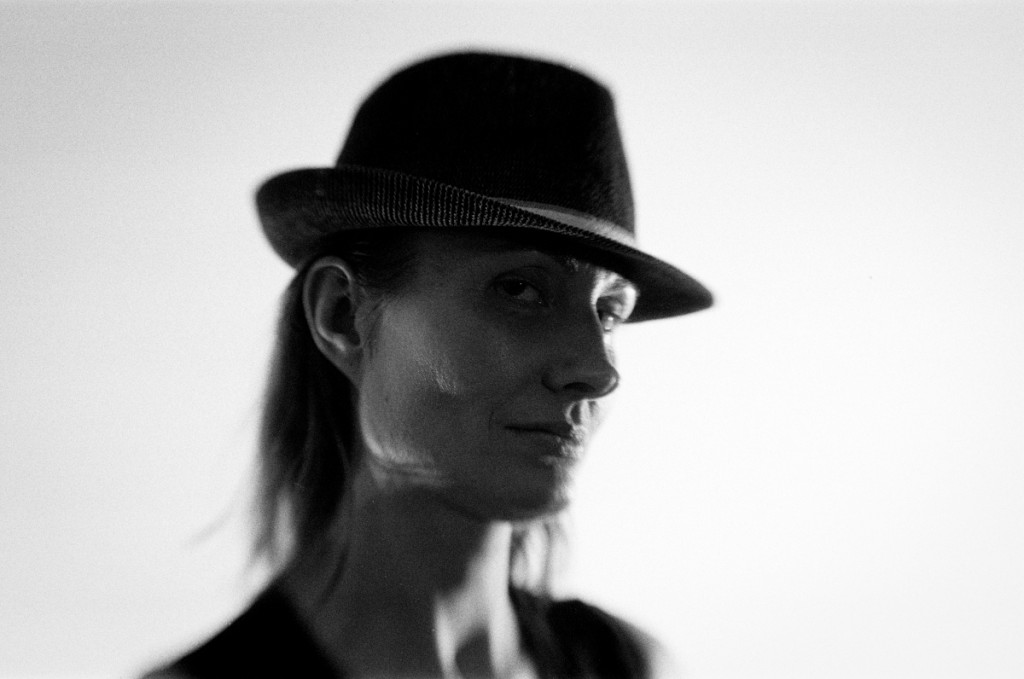 This series of shot was largely unplanned, I just told the models to bring whatever accessories they liked. Patricia’s hat gave her a very « noir » look, hence the title. I like how one eye is in shadow and one in light on this one although to be fair I had a ton of spill light from the background lights, so luck rather than design. 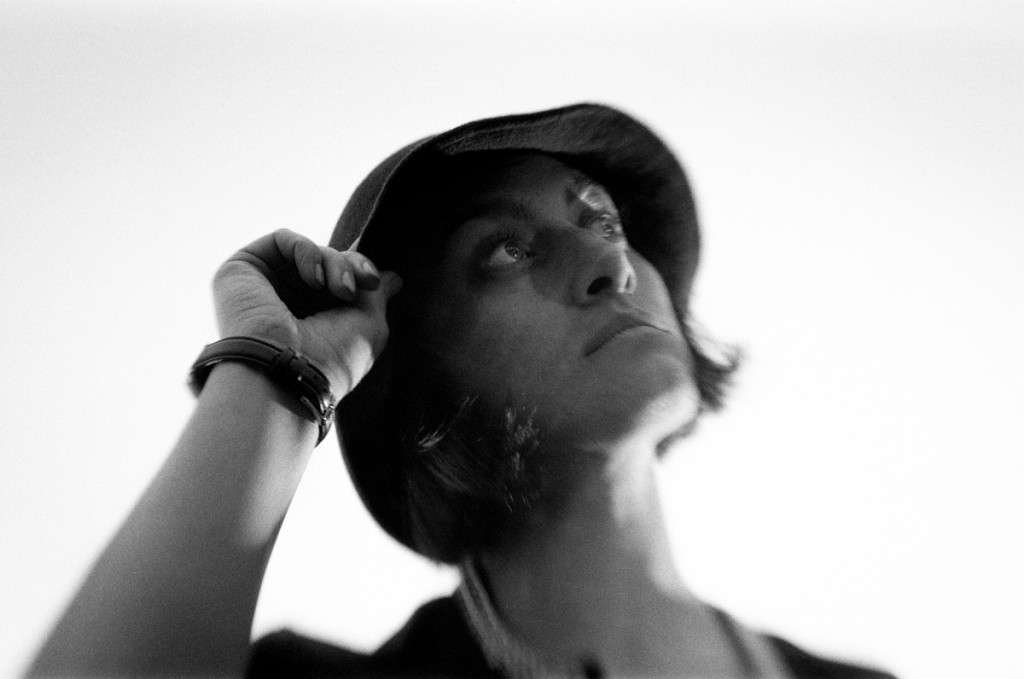 Lia is Italian, but when I took this shot I was not particularly aiming for something Italian looking. And yet when I saw the results, it struck me how this evokes Italy in the 60s to me. Maybe Lia’s inherent Italianness just shines through! 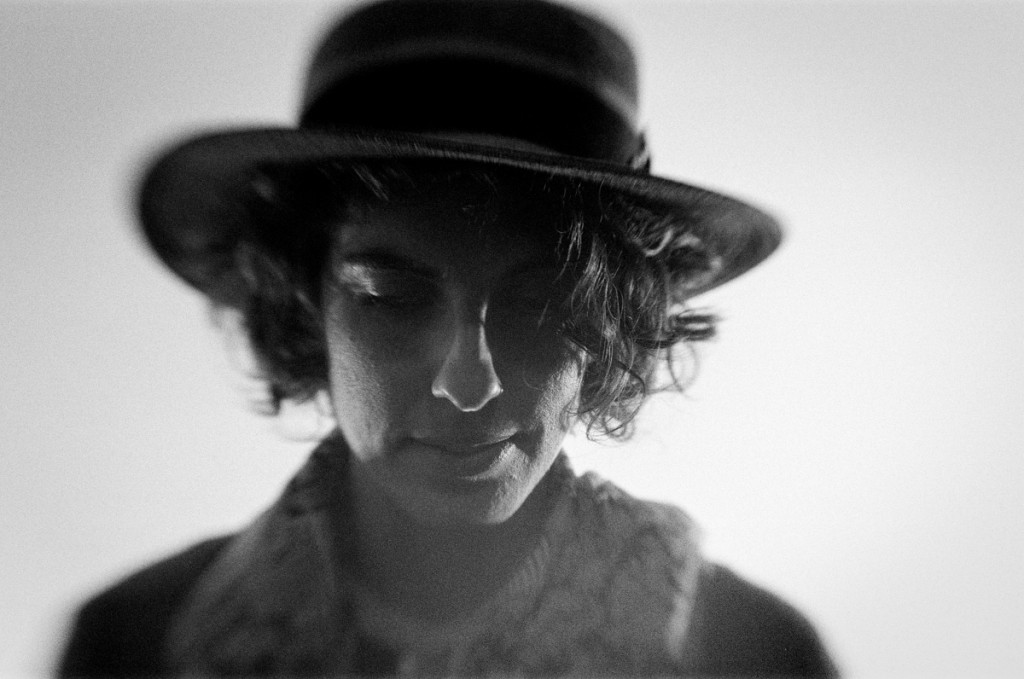 I did a studio session last week. The primary goal was to experiment with more silly double exposure ideas, but while I had these beautiful models along I thought I might as well do something fun as well, so I got out the old Lensbaby and shot a roll of portraits on Rollei RPX 100, a film I hadn’t tried before. It was rather less contrasty than expected, but that’s easily fixed in post. I love the delicate side of this particular shot, so that’s what we’re opening the week with.

I had initially loaded the RPX25 upon arriving at Nuuksio national park with the idea that there’s be plenty of lakes and therefore I could do long exposures over water to my heart’s content. Turned out finding the paths to the lakes was trickier than I thought, and I ended up doing only a few shots over water, and not very good ones at that due to the overcast, textureless sky. But while exploring I stumbled upon this run down cabin in the woods which (I felt) made for a perfect black and white subject.